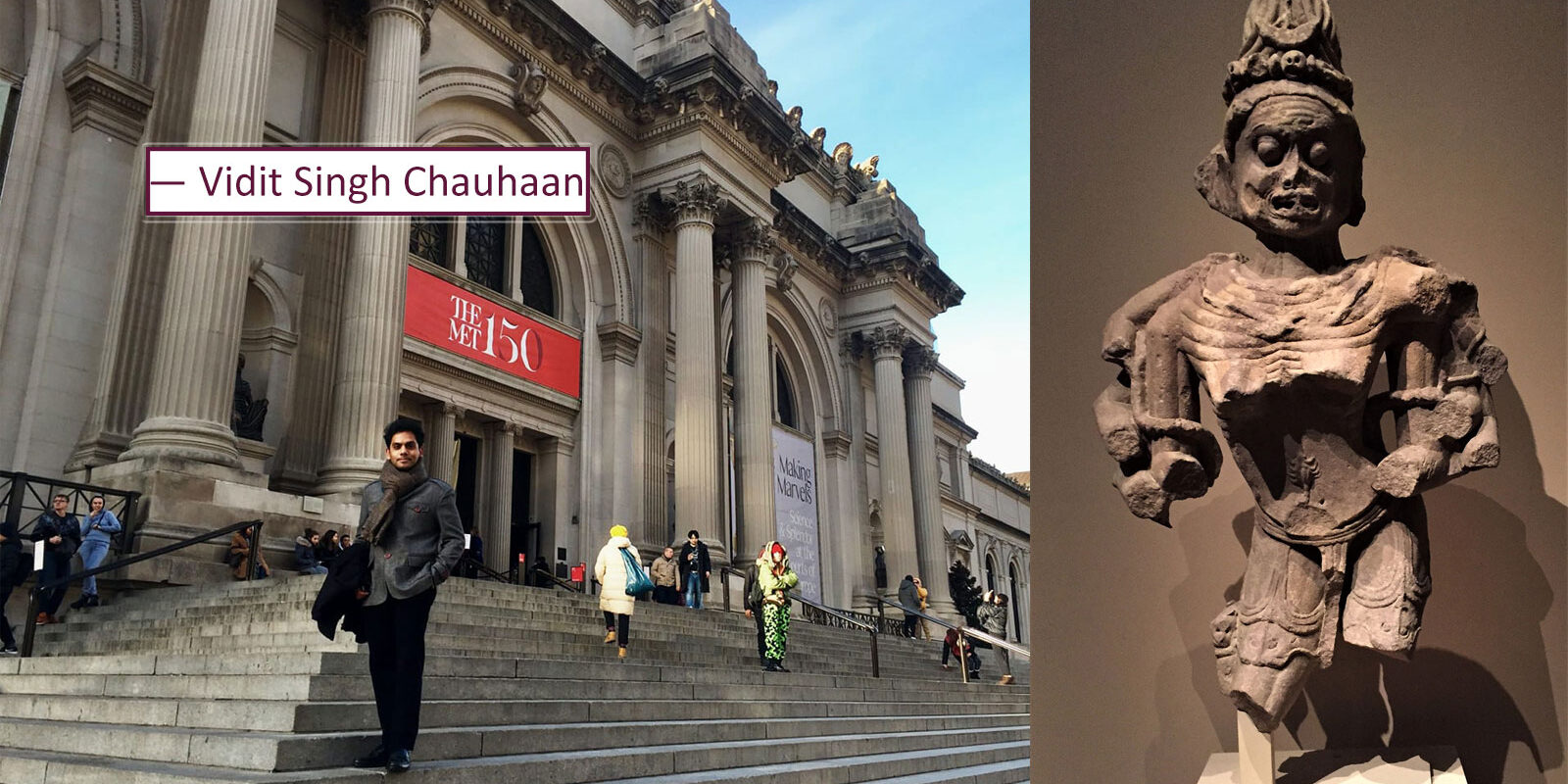 I was fortunate enough to have visited ‘The Metropolitan Museum, New York’ – amongst the world’s finest and largest art museums – just before the pandemic set in. Tried to capture all the exhibits on display in the Hinduism Section, along with a very few of Buddhism. Shall be sharing my collection with you all over the next few days, through the present series of Maghaa.

The ticket issued by the Museum was valid for a period of three days; I made it a point to visit the Museum on all three days and still could not cover, much less appreciate, the vast variety of heritage on display. Our National Museum located in Central Delhi, or for that matter any museum in our country, would miserably pale in comparison to the Metropolitan Museum in terms of its grandeur, architecture, the exhibits on display. 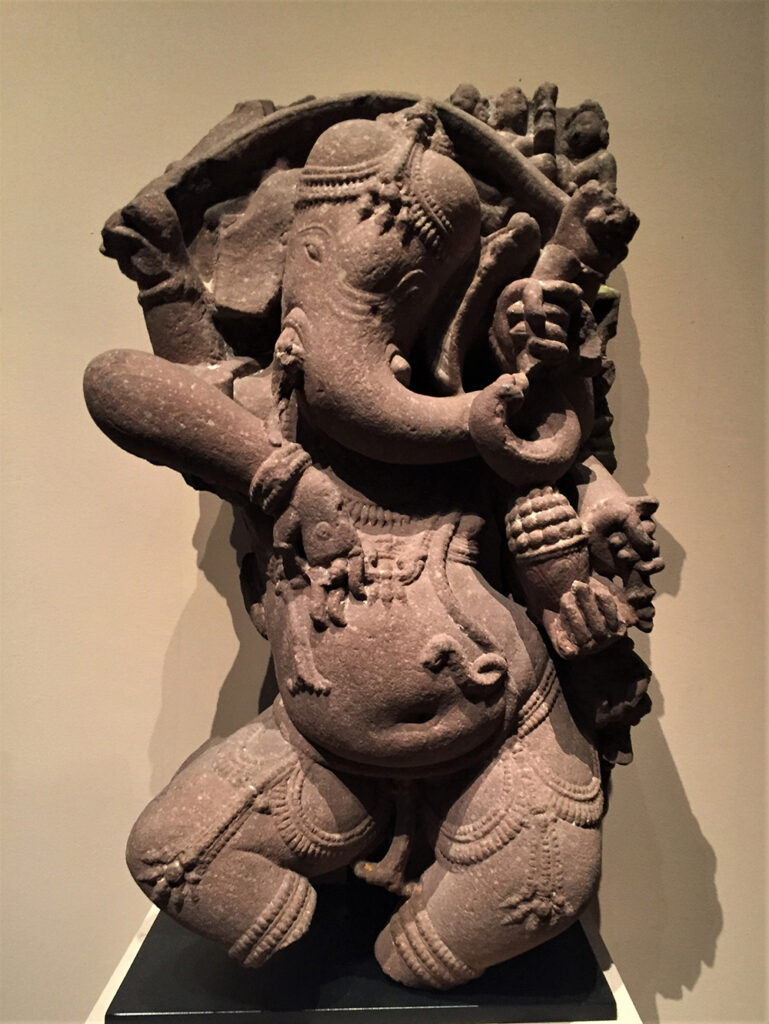 02. Chamunda – The Horrific Destroyer of Evil 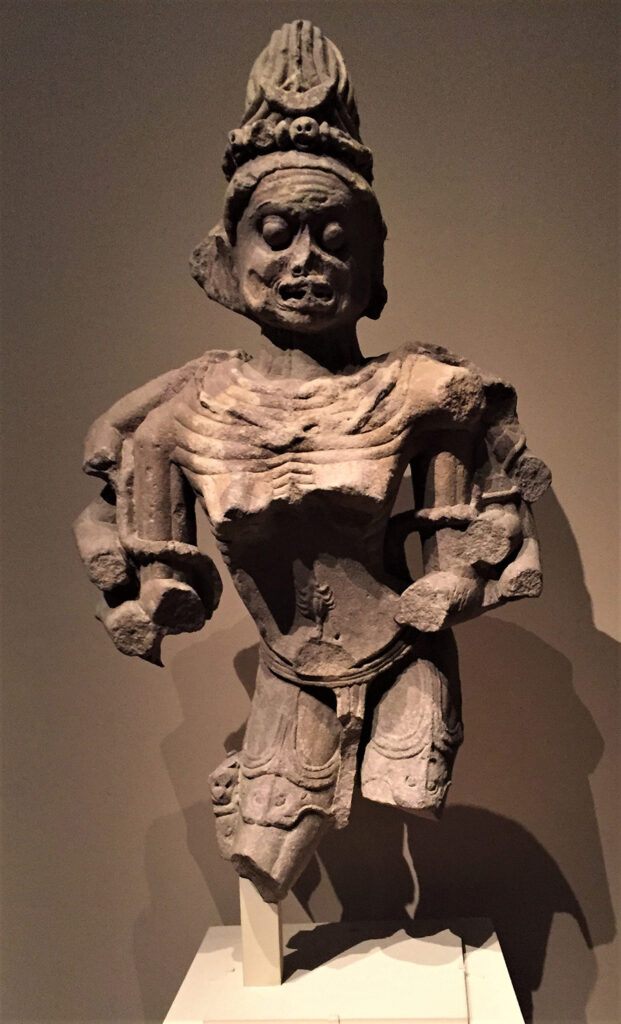 03. Shiva as Mrityunjaya, the Conquerer of Death 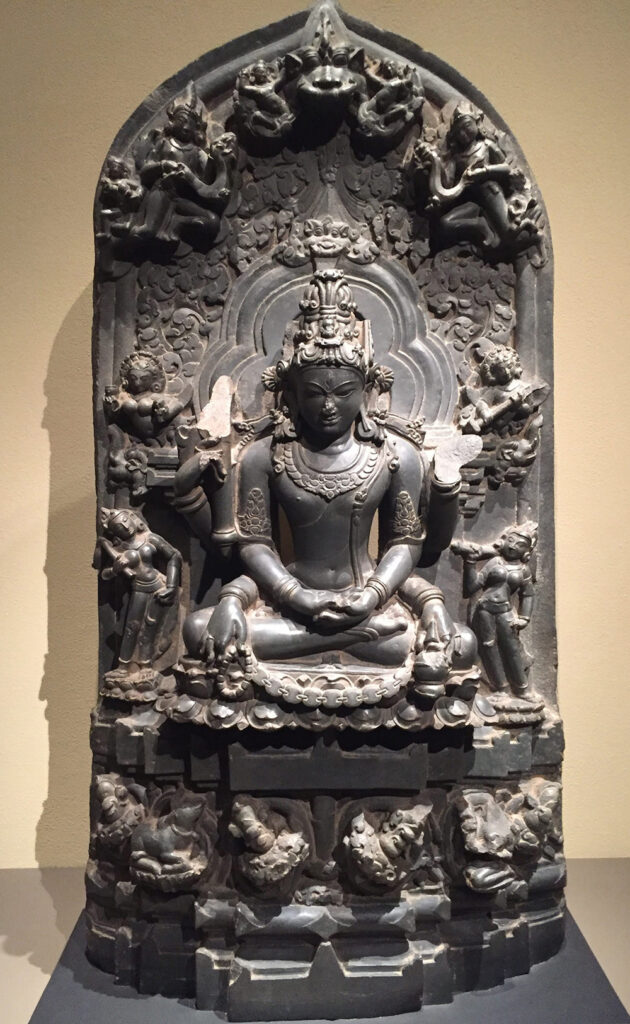 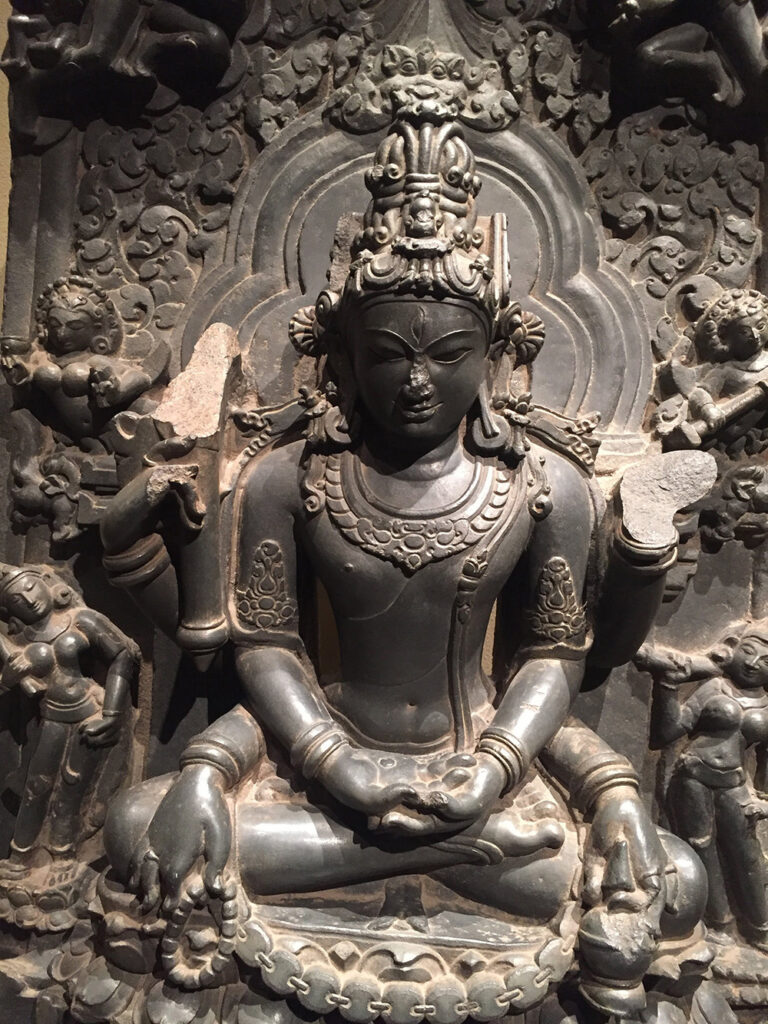 Shiva as Mrityunjaya, the Conquerer of Death

This is an extremely rare representation of Shiva as Mrityunjaya, the destroyer of death and disease. He is shown deep in meditation in yogic form, as indicated by his interlocked legs and resting hands. The Uttarakamika Agama dictates that he should be represented in a tranquil state with three eyes, six arms, and matted dreadlocks (jatamukuta) adorned with the crescent moon. He displays a rosary and a water vessel, and his two missing hands would have held his trident (trisula) and a skull bowl (kapala), completing the ritually required iconography. A chain garland hangs below his legs (the text speaks of a garland of skulls). He is flanked by female attendants bearing fly-whisks and the hybrid bird-humans kinnara and kinnari, who provide music about his head. Celestial garland bearers hover above. His throne is a lotus pedestal with a makara-finial throne back. His devotee the bull kneels at lower left; the donor figure, at lower right. 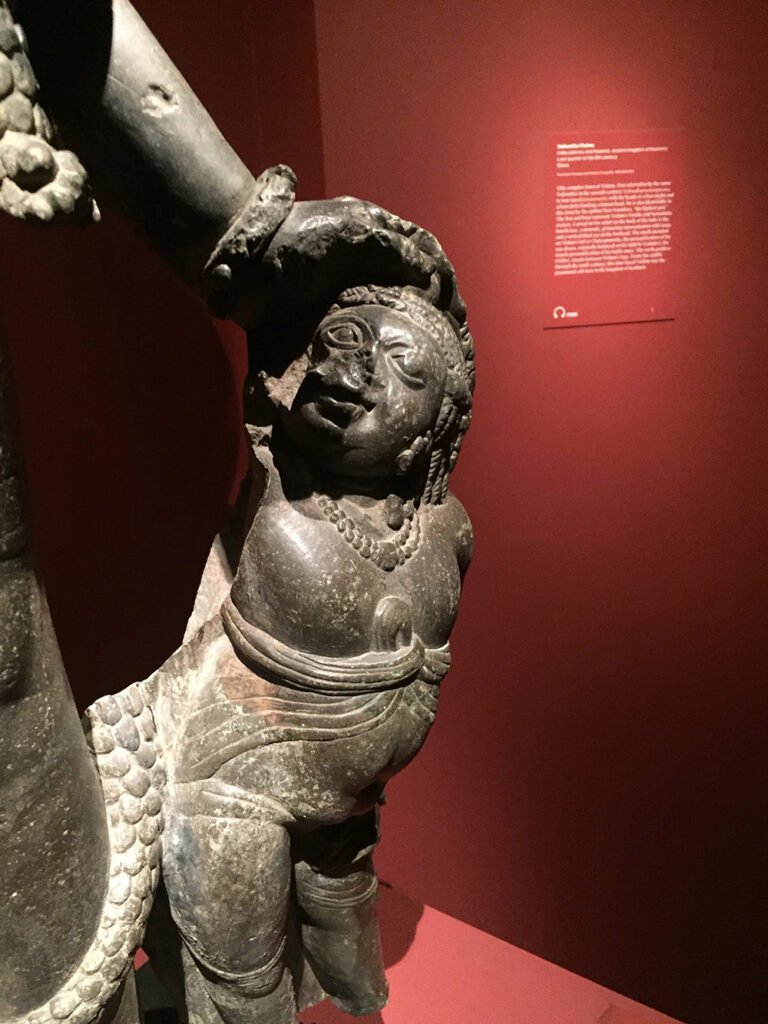 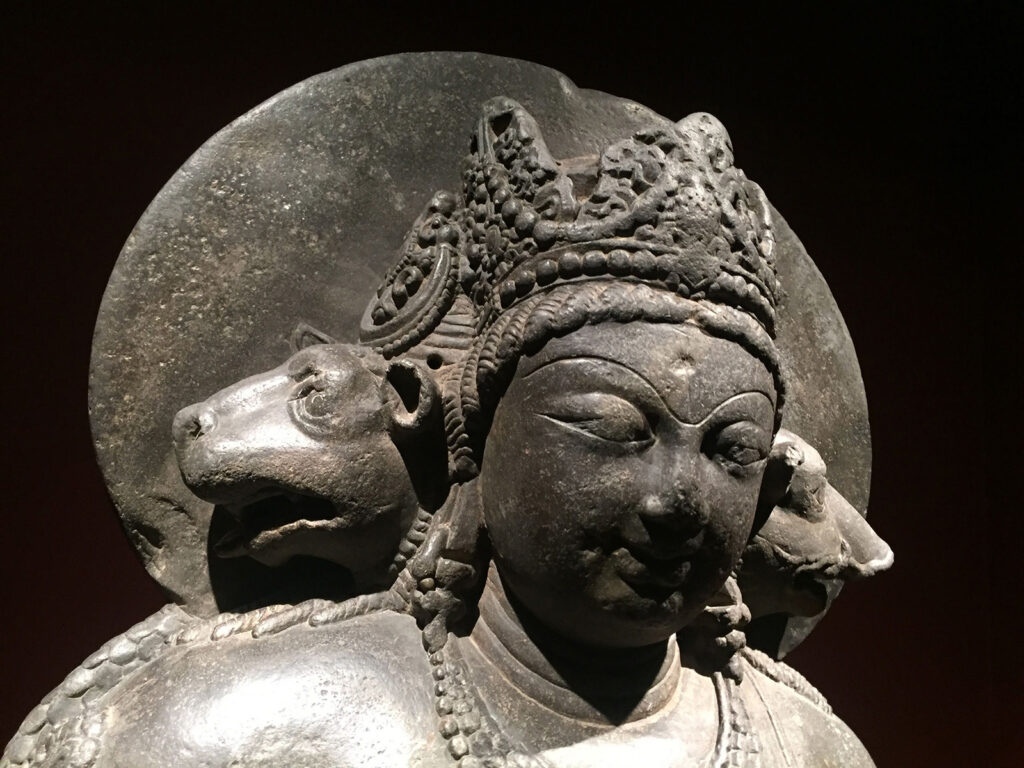 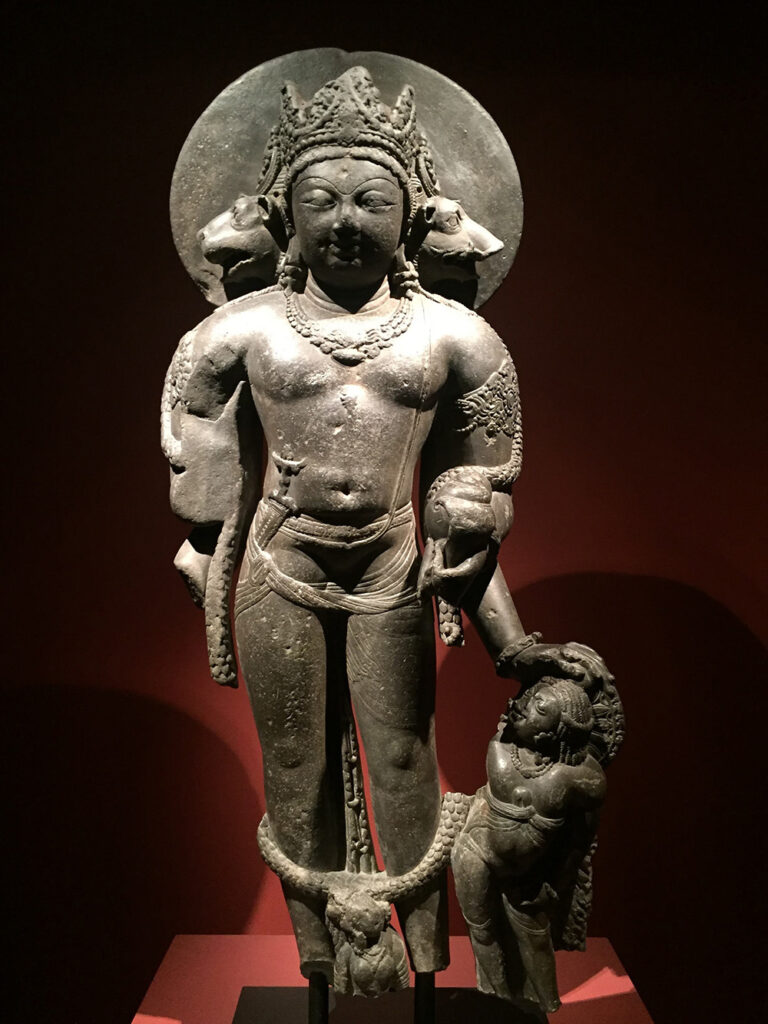 This complex form of Vishnu, first referred to by the name Vaikuntha in the seventh-century Vishnudharmottarapurana, is four-faced (chaturmurti), with the heads of a lion (right) and a boar (left) flanking a human head. He is also identifiable in this form by the epithet Para-Vasudeva, “the highest god.” The lion and boar represent Vishnu’s Varaha and Narasimha avatars. Carved in low relief on the back of the halo is the fourth face, a demonic, grimacing representation with fangs and a vertical third eye on the forehead. The small attendant on Vishnu’s left is Chakrapurusha, the personification of his war discus, originally balanced on his right by Gadadevi, the female personification of his battle mace. The earth goddess Prithvi, stands between Vishnu’s legs. From the eighth through the tenth century, this four-faced Vishnu was the paramount cult icon in the kingdom of Kashmir. 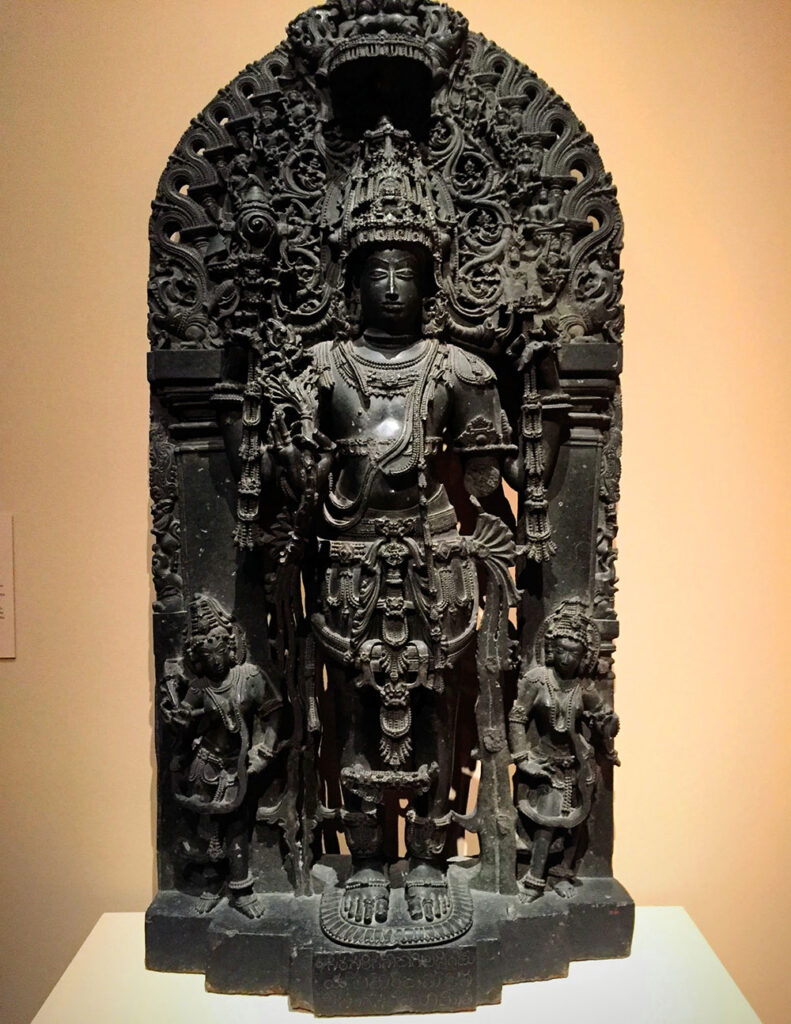 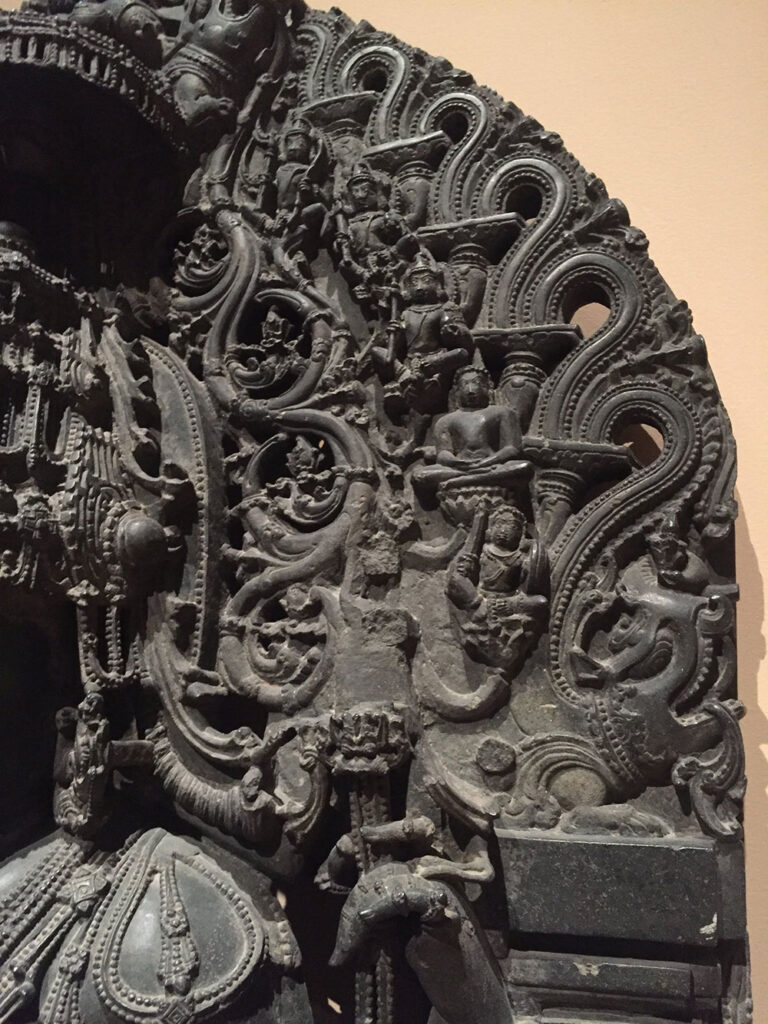 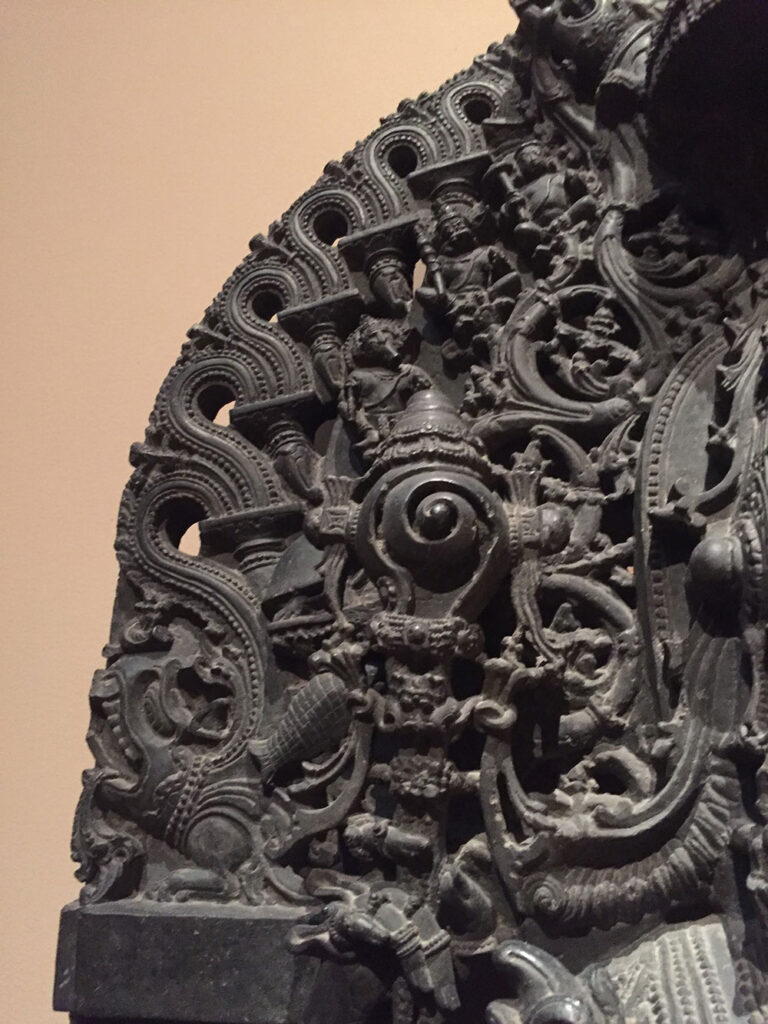 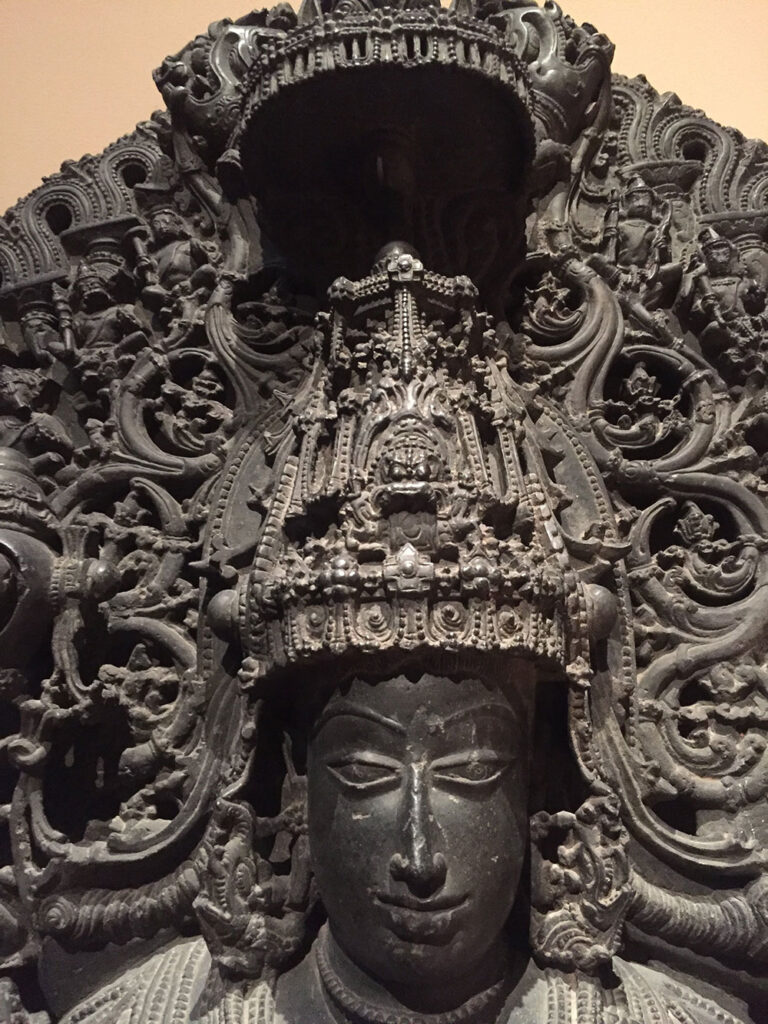 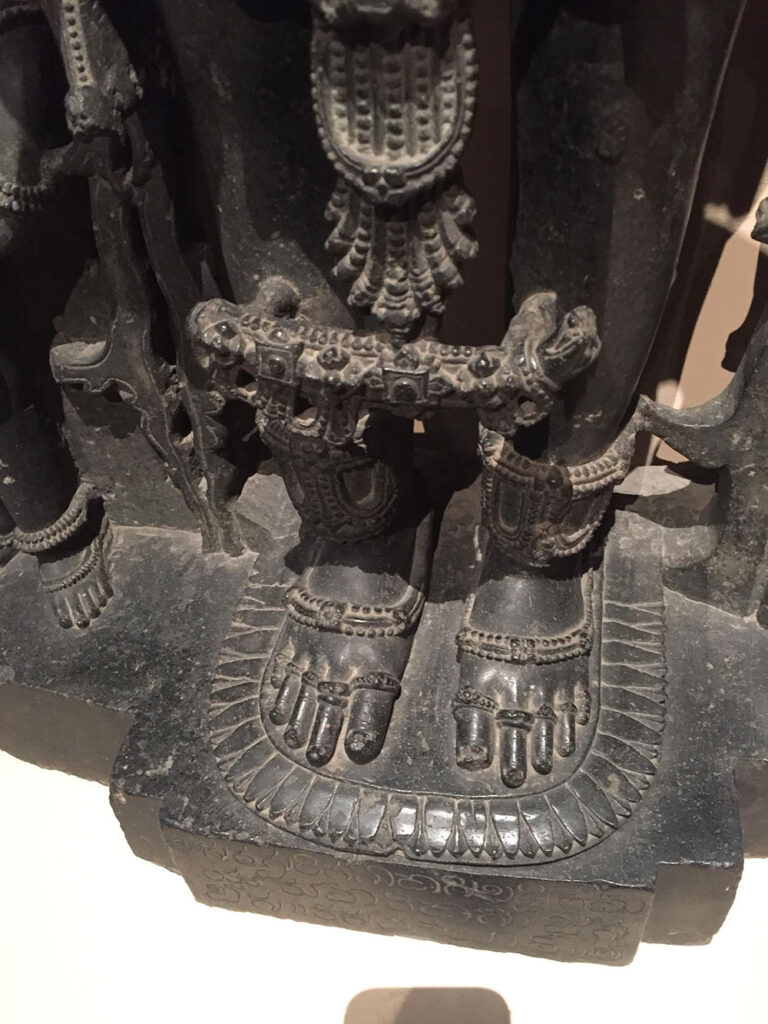 A Hindu text favored by the Hoysalas cites twenty-four names for Vishnu, beginning with Keshava.

Vidit Singh Chauhan is a practicing advocate at the Supreme Court of India and the High Court of Delhi. His areas of research are Jurisprudence of the Dharmashastra(s) and the Constitutional Position of Hindi.