Nalanda University ruins say – We were ahead of our times centuries ago! 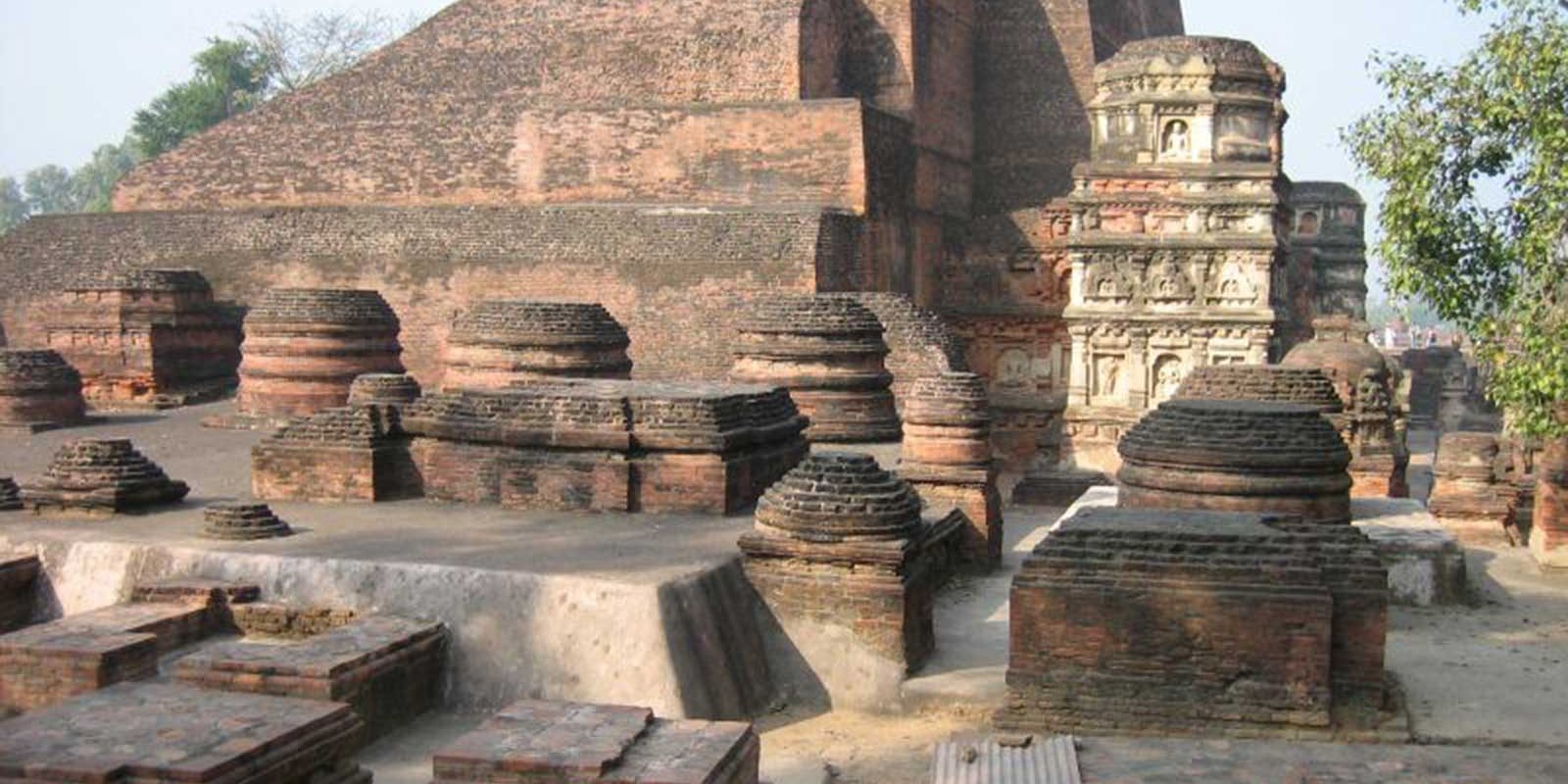 ‘Hey you know My Fiancé is England-returned, He’s done his Masters from there.’

‘O yes, my friend, There’s nothing here, I have sent my son to US for higher studies.’

‘What, you mean you want our son to come back to India after studying from Canada. No way, he doesn’t have a future here, He must settle, down there.’

‘No, you are wrong, if one wants to rise, one must receive higher education from abroad. India still lags behind’.

We often say or hear such things. But is it true? Is Indian education system so weak? Are we really lagging behind? Is it inferiority complex that forces us to have atleast-some-kind-of- FORAN -connection so that people around us, our own people don’t look down upon us.

Nowadays, we feel proud in sending our wards to foreign countries for higher studies or in some cases we shift there permanently so that our kids adapt the western system at a younger age. We feel proud in boasting around that my so-and-so got his education from this and this country. But there was a time when foreigners would feel proud and privileged to study in India and in the university that was the most sought-after one in the 5th century, the Ancient Nalanda University. It was there till 12th century. The University prospered in the Gupta, Pala and Harsha Empire.

If we have good money, it’s easier for us to get admission in any university of the World but the admission rules of ancient Nalanda University were such that it was very difficult to get admission there, money was not a consideration. People from far-off places would come here for education. 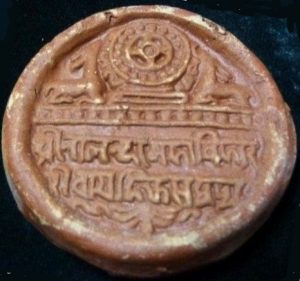 There was a rigorous oral entry examination conducted and many students would be turned away. To study at Nalanda was a matter of great prestige. It is believed that no degree was granted nor was there, a specific period of study. The ancient University was run by the Monks. At the time of taking major decisions in the University, all the Monks would assemble at one place for discussion. Monks would then order the officer, Viharpal to intimate the matter to the Resident Monks one by one with folded hands. Everyone’s consent was taken before a decision was finalized. And if someone didn’t agree, he would be forced to leave the Monastery (which rarely happened). But in case of a difference of issue, reasoning would be done instead of punishing or practicing cruel tactics. According to Hieun Tsang, in the history of its existence, no Monk had ever gone against the rules and no one was ever punished or fired, so strict and obedient were they.

Ancient Nalanda would probably have still been a mystery if people like Hieun Tsang had not come to India. He was one of those who gave insights of Nalanda when people had almost forgotten it. There are very few Indian references available about Nalanda but yes presence of texts by Hieun Tsang talk about its firm existence. Tsang had spent two years at the ancient University. During his stay over there, he was given an Indian name, Mokshadeva. After getting rejected a number of times in the beginning, he finally got admission and studied there and even taught there for sometime. We hardly find any written text by an Indian which talks about University’s history but Hieun Tsang’s experiences written by himself tell us glorifying tales of the Ancient University. The view of the University from the window of his quarters has been described in his own words as ‘The whole establishment is surrounded by a brick wall, which encloses the entire convent from without. One gate opens into the great college, from which are separated eight other halls standing in the middle. The richly adorned towers, and the fairy-like turrets, like pointed hill-tops are congregated together. The observatories seem to be lost in the vapours of the morning, and the upper rooms tower above the clouds’.

Hieun Tsang returned to China with 657 Buddhist texts and 150 relics which were carried by 20 horses in 520 cases and translated 74 of the texts himself. Buddhism is very popular in China since olden times and the texts that Hieun Tsang carried had lot of preachings of Buddhism in them. Some of the original manuscripts were also taken by him. We have no idea whether this huge number of manuscripts were gifted to him or were taken away by him. When he had taken it all, Nalanda was very much working.

The 7th-century Emperor of Kannauj, Harsha contributed a lot. He instructed revenue of 100-200 villages to be given to Nalanda which was used for daily need fulfillment. The Palas were the ones who took great care of Nalanda in 8th century. Emperor Ashoka was the one who built the first temple in Nalanda. Nalanda had so many compounds and temples, along with many other meditation halls and classrooms. On the grounds were lakes and parks.

Engineers and architects still wonder at the architecture of Nalanda which had 10,000 students and 2000 teachers. It was so beautifully and intelligently built and managed that its popularity reached outside India too. Nalanda had students coming from Central Asia, South East Asia, China, Tibet, Mongolia, Indonesia, Persia, Greece, Turkey, Srilanka and Korea.

That time, English language (which entered our system with Britishers) was nowhere in the picture. India, our great country had its own values which were not challenged by any outer force. Nalanda, spread in acres and acres of land had everything, from bedrooms, classrooms, kitchens to libraries and temples. It is believed that it had 3 big libraries which had around 9 million manuscripts. Hieun Tsang must have learnt Pali and Sanskrit, the two language mediums of Buddhist educational system as he was able to translate Buddhist texts that he had taken from India, himself. The 3-libraries were the Ratnasagara (Ocean of Jewels), the Ratnodadhi (Sea of Jewels), and the Ratnaranjaka (Jewel-adorned). Ratnodadhi was nine-storey-high and housed the most sacred manuscripts. The library not only had religious manuscripts but also texts of grammar, astrology, astronomy, medicine, literature etc. It was a gigantic Buddhist Monastry situated at Magadh which is present day’s Bihar.

The ancient university was headed by many scholars from time-to-time. The founder of Nalanda was Monarch Shakraditya, and Tathaagatgupta, Buddhgupta, Vajra, Shilabhadra and Baladitya were his successors who along with teaching also built additional Monastries and Temples in the campus.

There is a story about Rahul Sri Bhadra, Principal of Ancient Nalanda University. What happened was that Turkish Bakhtiyaar Khilji who ruled India for a long time, got ill. Inspite of taking medicines and consulting the best doctors, his condition was deteriorating day-by-day. Someone told him that there’s only one person who can cure you and he is the head of Nalanda. But Khilji didn’t want to be treated by any person of other religion because he was too proud of his own religion. But as his condition was getting bad, Rahulsri Bhadra had to be called. Because of Khilji’s strong belief in his religion, Rahulsri treated him with holy Quraan only. He was asked to read few lines from Quraan by touching each word. And Khilji did exactly that and got cured. Rahul Sri not only used his medicine but intelligence too, to prove that he could easily cure Khilji. Rahul Sri secretly pasted his medicine on the pages of Quraan to save Khilji’s life. But after recovery, Khilji could not digest the fact that a person of other religion could be so intelligent and that is when he decided to demolish Nalanda and he succeeded too. His aim was to uproot years’ old Buddhism and he succeded. During his reign, hundreds and thousands of Indians were forced to adopt Islam culture. And on his way to this disastrous journey, he burnt alive thousands of Monks, devastated sculptures, temples and also burnt the 3 big libraries which kept on burning for 3 months.

According to the records, Nalanda University was destroyed thrice by invaders. The first destruction was done by the Huns, under Mihirakula during the reign of Skandagupta in 5th century but Skanda’s successors restored it. Then, the second destruction came in the early 7th century by the Gaudas. This time, the Buddhist king Harshavardhana restored the university. The third and most destructive attack came from Turkish leader Bakhtiyar Khilji in 1193. After this destruction, Buddhism faced a major setback in India for hundreds of years because of the loss of the religious texts during the attack.

Apart from Chinese traveler, a Tibetan monk-pilgrim, Dharmaswamin, who came to India between 1234 and 1236 also mentioned demolition of Nalanda in his biography. When he visited Nalanda in 1235, it was still surviving but at a smaller level. Although most of the buildings had been damaged by Khilji but two viharas, which he named Dhanaba and Ghunaba, still existed with 90-year-old teacher named Rahula Shribhadra (who was once the head of the University) instructing a class of about 70 students on the premises. After the demolition, most of the monks fled here and there and they also took remaining Nalanda manuscripts. A few of them can be found at Los Angeles County Museum of Art, Asia Society and Yarlung Museum, Tsetang. In the 14th and 15th century, a king of Bengal named Chagalraja and his queen supported Nalanda but no major work was done.

After its decline, Nalanda was almost forgotten until Francis Buchanan-Hamilton surveyed the site in 1811–1812 when he learnt from local residents about some deserted and ruined buildings. Although, he could not declare it to be Nalanda. This connection was made clear when great archeologist Alexander Cunnigham came to India in 1860s and identified the site as Nalanda. And then, an official survey was conducted by the then newly formed Archaeological Survey Of India in 1861. But excavation could not begin before 1915 and it ended in 1937.

It is believed that till the time of destruction of Nalanda, there were only 3 world-known Universities i.e. Al Azhar in Cairo (972 CE), Bologna in Italy (1088 CE) and Oxford in the United Kingdom (1167 CE).

Efforts have been made to restore the University. Although. Old times, old teachers, those manuscripts, those teachings and that mammoth Monastery cannot come back but efforts have been made to revive the University and make it of International Standards. And in that attempt, the University has become operational once again after 800 years with 15 students and 11 Faculty members. 1000 applications were received out of which only 15 were selected. The journey of its restoration started in 2010, when Parliament passed Nalanda University Act and allotted 455 acres of land in Rajgir foothills for the construction. Australia, Cambodia, Singapore, Brunei, New Zealand, Laos and Myanmar agreed to help India to re-establish the ancient educational building. Amartya Sen was the Vice Chancellor for the first term and Former Singapore foreign minister George Yeo has been been appointed as the Vice-Chancellor of the University for the second-term. Hope and wish that one day present Nalanda University also proves to be ahead of its times … just like the Ancient one!

This is a primary sort of article in which information from various scattered sources are collated and presented in a simple language, for easy grasping by curious new generation. If readers show enthusiasm, we may publish more such articles. Your views are most welcome.