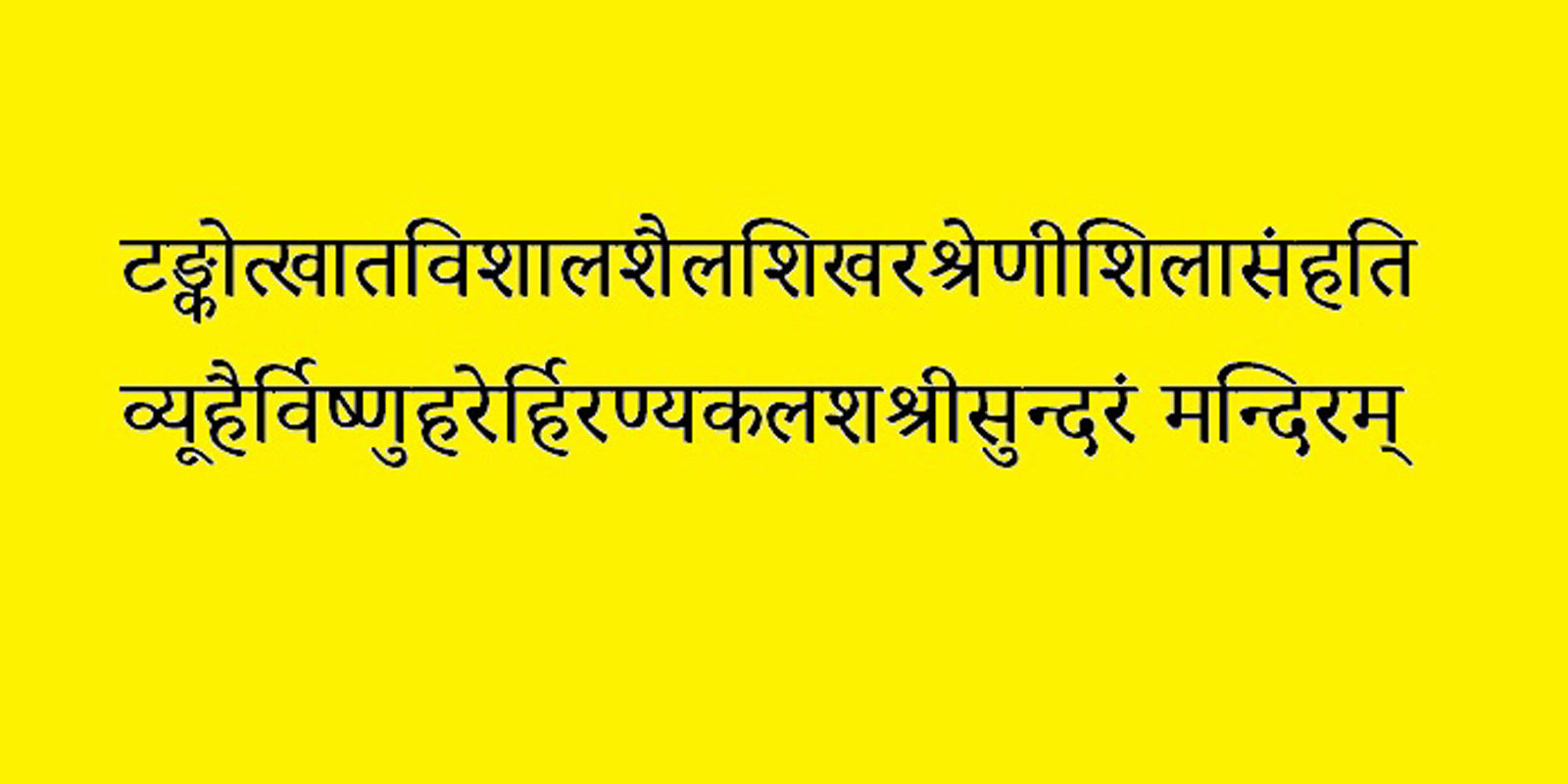 A quietus was finally brought by the  Supreme Court on probably the most contentious and controversial litigation in the history of independent India—referred to variously as the ‘Ram Janmabhoomi’, ‘Ram Mandir’, ‘Ayodhya’, or the ‘Babri Masjid’ matter—by a Judgment dated, and pronounced on, 09.11.2019, reported as M. Siddiq (D) Thr. Lrs. versus Mahant Suresh Das & Ors.[1] The events and circumstances surrounding the pronouncement were, to make an understatement, most unusual and eerie and brought about many firsts.

The Judgment was pronounced on a Saturday (In Supreme Court, matters are only taken up or heard on weekdays, even though the Registry is functional on alternate Saturdays), with the only prior intimation of the pronouncement being  given on the afternoon of the day before. Even though the verdict of the five judge Bench comprising of Gogoi, CJ, SA Bobde, DY Chandrachud, Ashok Bhushan, S Abdul Nazeer, JJs., running into 1045 pages, was unanimous, neither the author of the 929 page Judgment, nor of the 116 page addenda, was disclosed (the tenor and format of the Judgment and the addenda bear the imprint of Justice DY Chandrachud and Justice Ashok Bhushan, respectively). In the usual course, the judgment would have been pronounced on a working weekday and the name of the author of the judgment would have been mentioned.

The matter was heard continuously for 40 days, the second longest hearing in the history of the Supreme Court (next only to the landmark Kesavananda Bharati matter which was heard for 68 days by the largest ever constituted Bench of 13 judges), including hearing on miscellaneous days of Monday and Friday on which, usually, no regular or Constitutional Bench matter is taken up. A Constitution Bench, comprising of at least five or more judges of the Supreme Court, is constituted by the Chief Justice of India only when there is a specific reference by a smaller Bench. A plea was raised on behalf of the Muslim parties before the then three Judge Bench comprising of the then Chief Justice Dipak Mishra, Justice Ashok Bhushan and Justice S Abdul Nazeer, to refer the matter to a Constitution Bench. This plea was turned down by the then three-Judge Bench by a 2:1 verdict (Justice Abdul Nazeer dissenting). When the matter came up for hearing during the tenure of Chief Justice Gogoi, in the absence of any specific reference by a smaller Bench, and more so in the face of the 2:1 verdict by the then three Judge Bench headed by the then Chief Justice Dipak Mishra denying the reference to a larger Bench, the matter was notified to be placed before a Constitution Bench of five Judges.  This Bench originally comprised of the then Chief Justice Gogoi, and four other Judges who were next in seniority to become the Chief Justice of India. When the matter came up for hearing before this Bench, a plea of recusal was raised by the Muslim parties against the continuance of Justice UU Lalit on the Bench in view of his having appeared on behalf of former Chief Minister of UP, Kalyan Singh, as a counsel. Subsequent to recusal of Justice UU Lalit, the matter came up for hearing before the reconstituted Bench of five judges which ultimately pronounced Judgment and gave quietus to the dispute. 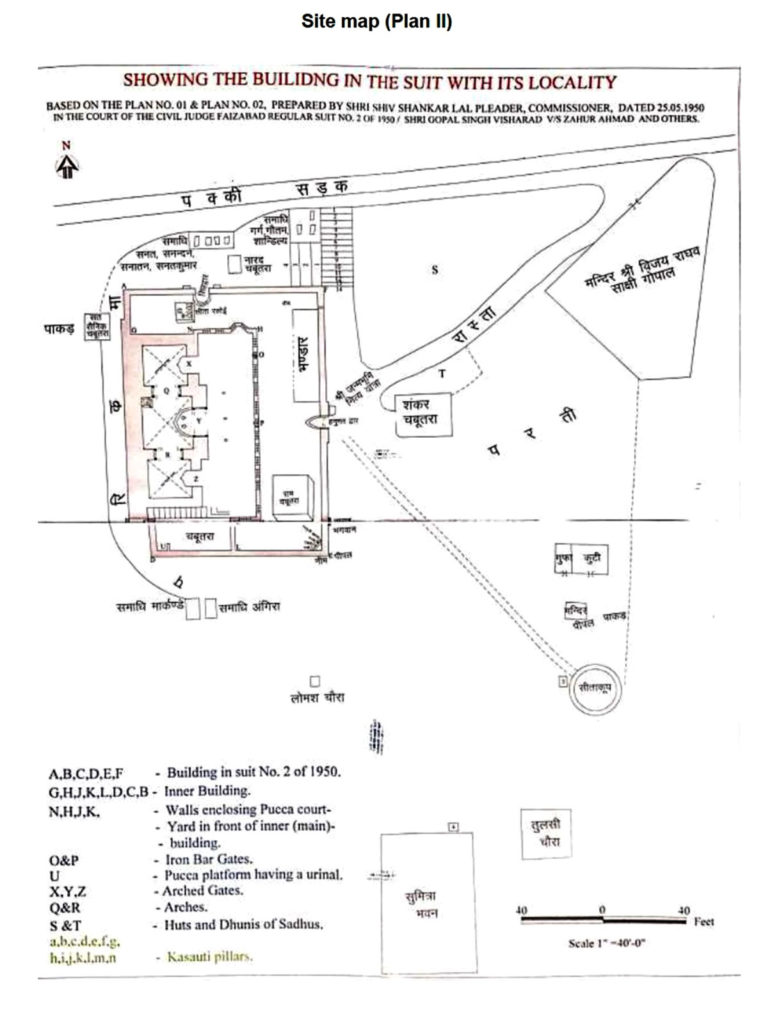 It is fairly well known what the Court effectively held, i.e., to award the entire 2.77 acres of the disputed Ram Janmabhoomi area to Shri Ram Lalla Virajman for the construction of a Ram temple by a trust to be constituted by the Union Government, and to provide an alternate land of 5 acres to Muslims at a prominent place in Ayodhya for construction of a mosque.

To comprehend the Supreme Court Judgment in detail, we would first need to briefly analyse the various suits which were instituted in the district court of Faizabad, seeking various reliefs with respect to the disputed premises in Ayodhya and as to how these suits reached the Allahabad High Court and from thereon to the Supreme Court. The factual matrix and the context in which these suits were filed will be discussed later at an appropriate stage.

Suit 1 (Gopal Singh Visharad): This Suit was instituted by Gopal Singh Visharad, a resident of Ayodhya, on 16th January, 1950, before the Civil Judge at Faizabad, against the concerned State authorities and certain Muslim residents of Ayodhya, seeking a declaration of his entitlement to worship and darshan of Lord Ram at the Ram Janmabhoomi Mandir; and a permanent and perpetual injunction restraining the defendants from removing the idols of the deity from the place where they were installed; from closing the way leading to the idols; or interfering in worship and darshan.

Suit 3 (Nirmohi Akhara): The Mahant of the Nirmohi Akhara, filed a suit on 17th December,1959 before the Civil Judge at Faizabad claiming that its absolute right of managing the affairs of the temple and the Janmasthan at Ayodhya, as its Shebait, was impaired by an order of the Executive Magistrate of attachment of the property of the disputed premises and by the appointment of a receiver. Therefore, a decree was sought to hand over the possession and management of the Janmasthan to Nirmohi Akhara, to the exclusion of all others.

Suit 4 (Sunni Central Waqf Board): The Sunni Central Waqf Board and nine Muslim residents of Ayodhya filed a suit before the Civil Judge at Faizabad on 18th December, 1961, seeking a declaration that the entire disputed area of Babri Masjid was a public mosque; and delivery of possession upon removal of the idols.

Suit 5 (Bhagwan Shri Ram Lalla Virajman): A suit was filed on 1st July, 1989, on behalf of the deity Bhagwan Shri Ram Lalla Virjajman and also on behalf of Sthan Shri Ram Janma Bhumi, Ayodhya, through Justice Deoki Nandan Agarwala, a retired Judge of the Allahabad High Court, as the next friend of the deity and of the birth place, seeking a declaration of title to the disputed premises at Ayodhya and to restrain the defendants from interfering with or raising any objection to the construction of a temple. 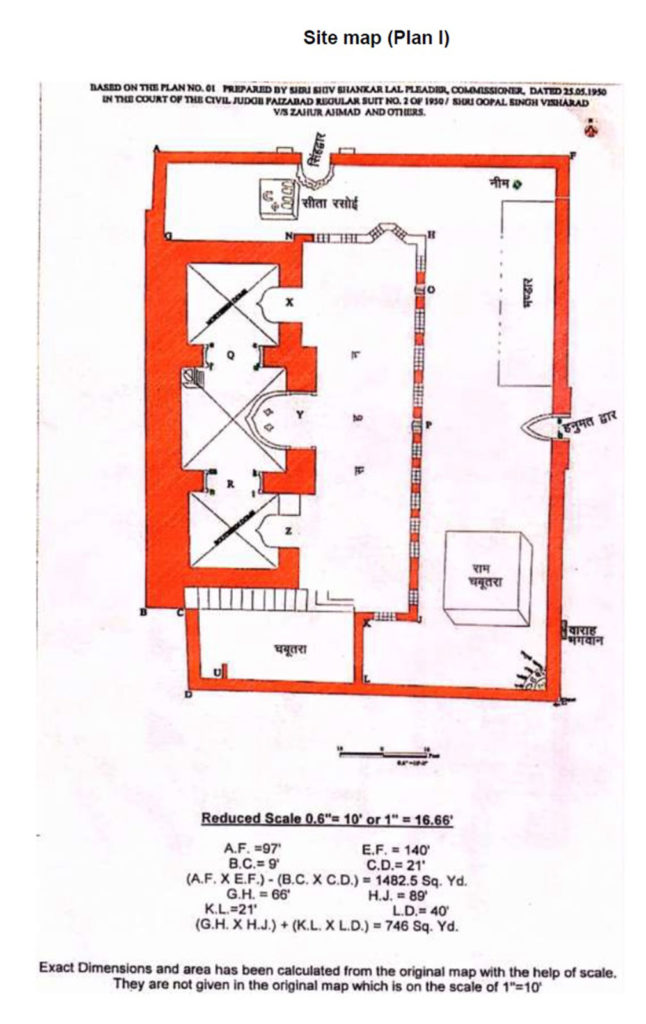 Without any of the above five suits being decided in finality by the Court of Civil Judge at Faizabad, the Allahabad High Court, under exercise of its powers under Section 24 of the Code of Civil Procedure, transferred to itself all of these five suits for trial, on 10th July, 1989. These matters were tried together by a three Judge Bench. The Full Bench of the Allahabad High Court pronounced its Judgment on 30th September, 2010. The verdict was divided 2:1. The majority judgment of Justice Sudhir Agarwal and Justice SU Khan held effectively, that all the three sets of parties—Hindus, Muslims and Nirmohi Akhara—were joint holders of the disputed premises and allotted one third share to each. The minority opinion of Justice DV Sharma recorded that the entire disputed premises  belonged entirely to Shri Ram Lalla Virjajman and Sthan Shri Ram Janma Bhumi, Ayodhya and the other sides were restrained from interfering with or raising any objection in the construction of the temple.

It was against this majority decision of the Full Bench Allahabad High Court dividing the dispute premises into three equal parts between the Hindus, Muslims and the Nirmohi Akhara that all the contesting parties before the High Court preferred appeals to the Supreme Court.

(To be continued in next Part)

[1]  Whether the quietus in litigation brings about a final resolution to the actual dispute still remains to be seen until all the modalities of implementation the judgment are worked out. Even though some of the Muslim parties seem to be considering the option of filing a review, the unanimous judgment, in the opinion of the author, is very unlikely to be reconsidered in any manner whatsoever.

Vidit Singh Chauhan is a practicing advocate at the Supreme Court of India and the High Court of Delhi. His areas of research are Jurisprudence of the Dharmashastra(s) and the Constitutional Position of Hindi.