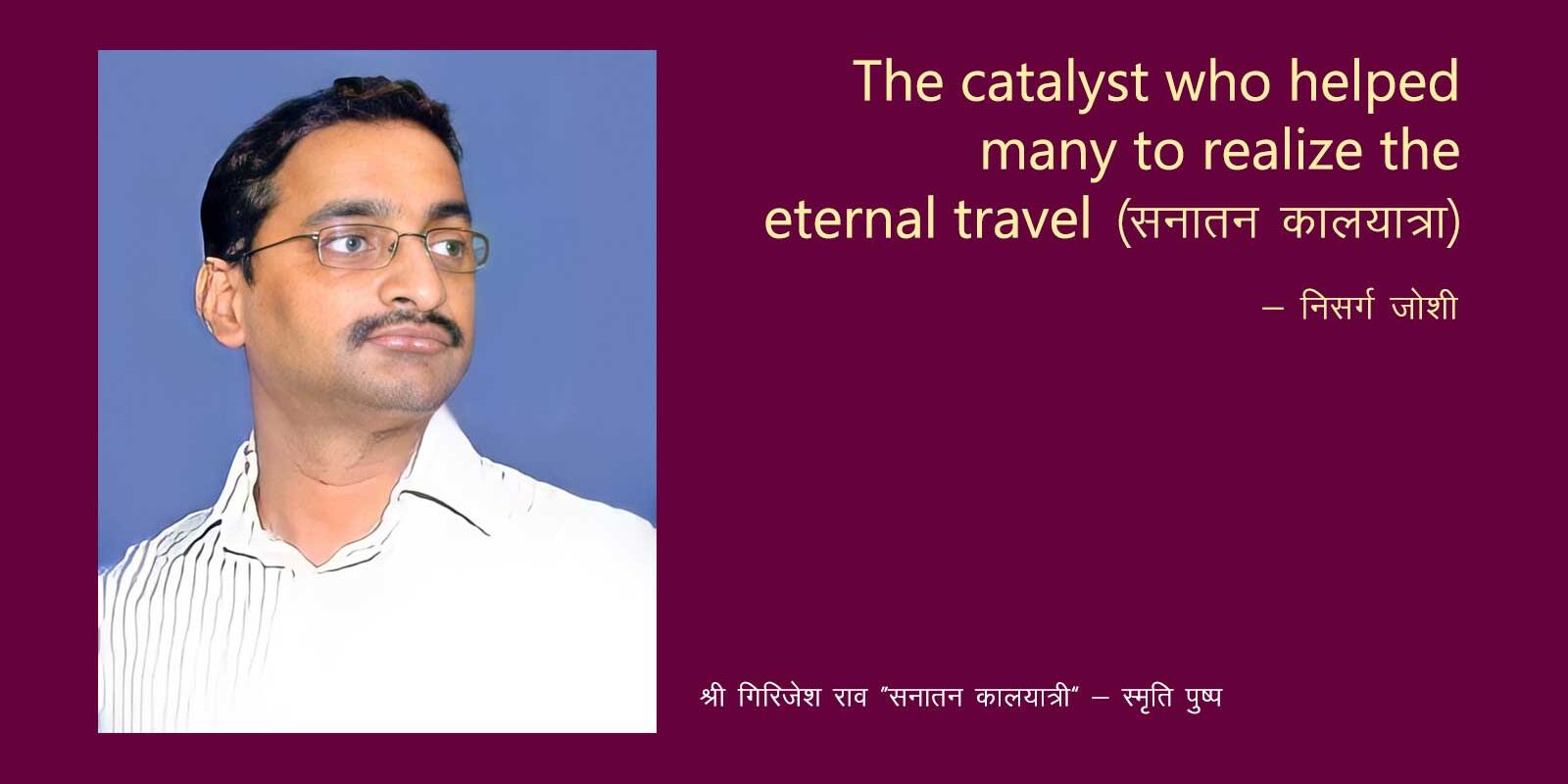 In dark, rainy, stormy night, in an hour of stillness and dead slumber, a thief entered the treasure-room of a peaceful family, and stole away all precious metal and property, and in the mad joy of his possession ran aback over twenty miles of wet ground, and betook himself as quite safe from tile grasp of the owner. But the light dawned, and the owner awoke in full consciousness of his stolen property. Fearlessly and resolutely’ but in entire calm of his mind, he began the track and slowly but surely reached the rendezvous and seized the thief with the treasure which he had appropriated.

This is but mere metaphor. I have nothing to do with the stealth and with the property, but with the indelible, unmistakable footprints, not of a thief, but of a Creator on the frame of the universe, the wise man, who has his intellect illumined by universal benevolence, bent upon finding out the first cause, begins his inquiry, and, slowly but steadily tracing Nature back to its source, halts at God.

There the inquisitive and penetrative faculties of the intellect are cooled to satisfaction, and lie in peaceful repose in the enjoyment of the treasure thus found. To such a mind, what are the different objects of this universe? They are the footprints of Deity, the postmarks tracked by the divine rays of wisdom along their path of action.

Take the untrod path and blaze the trail by unveiling footprints of nature, the ultimate guide.

What do Rishis do when they are invigorated with the light thus received?

They walk the untrod path as a trailblazer, to share their bounty with their fellow-brethren, the whole race of mankind. And rest of the world documents it as dharma-shastra of their time.

That is what Girjesh Rao ji did. He walked on the path and inspired many of us to walk on the same path. He made sure that our eternal travel is smoother than his. He made sure the path doesn’t remain untrodden for us.

Even though I am very critical about social media and its trivial usage by mass, I confess that some of the best life-learnings for my this life, came in last 20 years by this medium. I had many opportunities to learn, unlearn and grow with the help of selfless guidance by like-minded travelers. Girjesh ji has special place in these travelers and I will forever live indebted to him until I travel on the same path and act as enabler for many fellow-travelers. I mean it, I don’t want to live life in debt. I will walk on the same path!

Bhartṛhari wrote following verse on the beginning of vakyapadiya in reverence of Maharshi Patanjali.

Yoga that brings quietness of mind; grammar that elicits effective speech And the healing arts that remove bodily ailments. He bestowed these thing that most illustrious of sages, Patañjali to whom I make reverential obeisance.

As we are blessed by human birth, it is vital for us to stay employed in cleansing our existence at these three level – चित्त, वाक् , शरीर. I had exposure and experience for Yoga and Ayurveda but I was awakened about the वाचिक शुद्धि by Girjesh ji. He always insisted, like an elder brother, about continuous improvement and perfection of written and verbal communication. Thanks to his inspiration and encouragement, I started writing in Hindi. Thanks to his inspiration, I started learning Sanskrit and reading Sastra as original, without translations.

As I said above, true tribute to Girjesh ji is, to walk on the same path and act as catalyst for like-minded Sanatani Travelers. For matured Atma like him, I will never pray for Moksha. May he takes more and more Human births and continue his eternal yatra and increase the self-aware tribe!

One who has realized the truth and is ever striving for the good of the seekers who approached him. Guru is the one who create environment for seeker to realize the truth.

It is message for intellectuals of the Nation that emergence of Nationhood is not trivial phenomenon. This Nation and National fervor for her was nurtured by great sages by performing dharmik rites since time immemorial. Don’t waste your skills and invest them for Nation to respect hard work of these sages (लोकनेता ऋषि अत्रि,वशिष्ठ ,व्यास etc).